Work from Home: How we boosted productivity by 100% during the COVID-19 pandemic!

The COVID-19 pandemic engulfed entire countries, wrecked industries, and led to unemployment rates not seen since the Great Depression. It was a tumultuous time for the world and we at White Rice, too, were gripped by the fear of the unknown.

However, sharp decision-making and putting our team first was the battle cry from our leadership and we immediately shifted to a Work-From-Home (WFH) model and completely eliminated our physical office for the next twelve months as we battled quarantine, ever-growing cases, and a complete lockdown in March.

As companies around us were downsizing and cutting budgets, the leadership at White Rice, stood steadfast with their employees and invested both time and resources to build a sustainable working model.

“Our number one priority when the pandemic hit was our employees. Letting anyone go in such devastating times was out of the question and our focus rather was how can we keep the work going without risking COVID-19 infection at the office,” revealed White Rice CEO Raheel Waqar.

With WFH being the only solution, the team realized that we were going to have to adjust and fast as unlike most industries, our projects grew in scale as governments, agencies, and the like turned to crisis communications and bridging the gaps during the pandemic.

One of our most engaging projects at the time was the Ehsaas Program run by the Government of Pakistan, which morphed into the largest social-welfare program in the history of the country with financial help being provided to over 10 million people. Another initiative called Clean & Green Punjab promoted good hygiene through regular hand washing, an essential tool to counter COVID-19.

Battling a mix of challenges ranging from kids at home to tricky Wi-Fi situations, the White Rice team powered through, all the while knowing that they were serving their country in the Pandemic and keeping themselves safe at home. 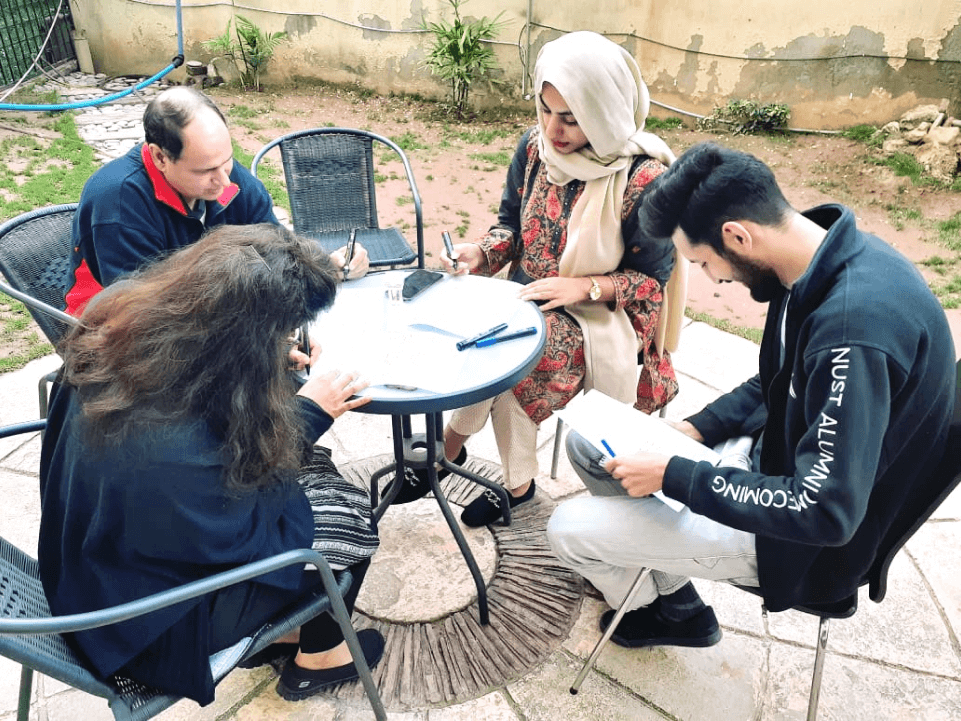 After the first wave subsided, discussions and focus groups were held to determine the scale of the impact and what we learned was outstanding. Rather than see a fall in productivity, the levels have actually grown by 100% – with the entire team reporting a jump in productivity through various means.

“Working from home has helped me rely on self-motivation, self-discipline, and focus far better on my daily tasks,” added Saleha Tahir, who oversees a complex role as the Project Manager.

“I’ve been able to obtain a sense of work-life balance unlike before.”

“I live with my mother and it’s been an amazing experience being able to have lunch with her every day and connecting throughout the day. In an office routine, that was close to being impossible. I’ve also now found the time to pursue my hobby of making arts and crafts and using them to raise donations for sick animals. That has been extremely fulfilling for me.”

More time has meant that several of our team members were able to invest in their personal development, helping them improve their skills and seek inspiration to grow further.

“I’ve been able to spend the extra time I had on my personal development, listening to a number of different podcasts and looking at work from the people I am inspired by,” revealed Lead Designer Ahsan Sajjad, who has also been able to return to his hometown and live with his family for the first time in 7 years, which he finds “extremely fulfilling.”

Similar sentiments were echoed by Senior Illustrator Zulfiqar Ali, who has used his spare time to teach his children animation and design to enhance their skill set, and has also ventured into the kitchen for the first time as he finds it to be “the best way to relax after a draining day at work.”

The biggest downside, reported by all members of the team though, is the lack of human interaction and not being able to see each other on a daily basis. And while online platforms exist for connecting, it simply isn’t the same thing and can be a major challenge when complex projects are involved. 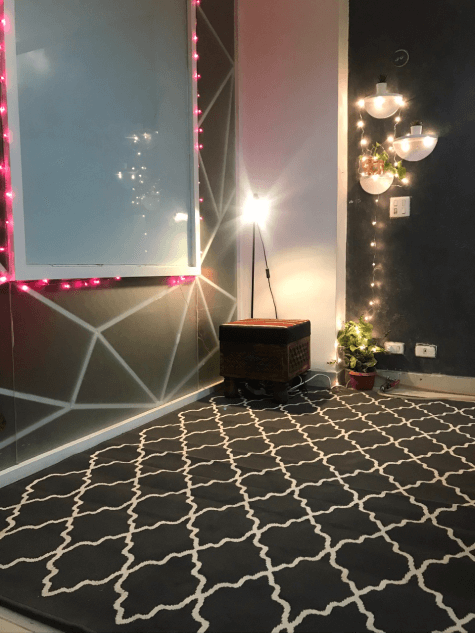 Our creative corner has sorely been missed.

“Office allowed us to have easier interactions and increased our creative production time, as we aren’t able to coordinate in real-time,” said Shehryar Latif, whose role as the Account Manager involves liaising with multiple team-members on extremely short deadlines at times.

There is also the added challenge of managing your time and according to Nejla Ali on the Account Management team, the blurred lines means that you are often working late into the night, as you don’t have a physical boundary between home and the office.

As with any evolving situations, there isn’t a straightforward fix for the problem and every organization is finding creative ways to stay safe and get work done effectively. But it also depends on how you look at the problem and if you can turn it into an opportunity or not.

“One of the most important things now is our ability to source and work with talent throughout the world. Geographic boundaries have become a thing of the past and we aren’t limited to quality talent in Islamabad, that is a game-changer for us,” added Raheel.

What were unchartered waters has now become something familiar to a routine. The world kept turning; with zoom meetings, careful visits outside the home to get essentials, baking banana bread, online schooling, and attending webinars along the way. This is the light-hearted, getting in tune with family, going for morning/evening walks, warm and snuggly version of the Pandemic.

At the same time, our work reminded us of the dark horrors that were gripping the nation, but we tried to play our part; working with the Food and Agriculture Organization (FAO) to highlight women farmers in Balochistan, who battled the pandemic with their resilience and came out stronger.

But the harsh reality is that the world has changed. Meetings are mostly virtual, get-togethers are far and few, and wearing a mask is a common sight as we learn to live with COVID-19. And as an agile organization, we have responded to change with a far-sighted policy.

“Our team has reported an incredible increase in productivity over the last 6 months as well as improving their quality of life. What we thought wasn’t possible, is now an efficient machine working from home, managing complex projects throughout the country. We are monitoring the situation but we don’t expect work to be exactly the same ever again,” said Raheel, who himself has invested the spare time into a healthier lifestyle and spending more time with his family.

While COVID-19 has indeed changed the world and disrupted the future of the workplace, we decided to follow an old saying and made lemonade with the lemons.

Have a project in mind? Get in touch, and let’s work together! 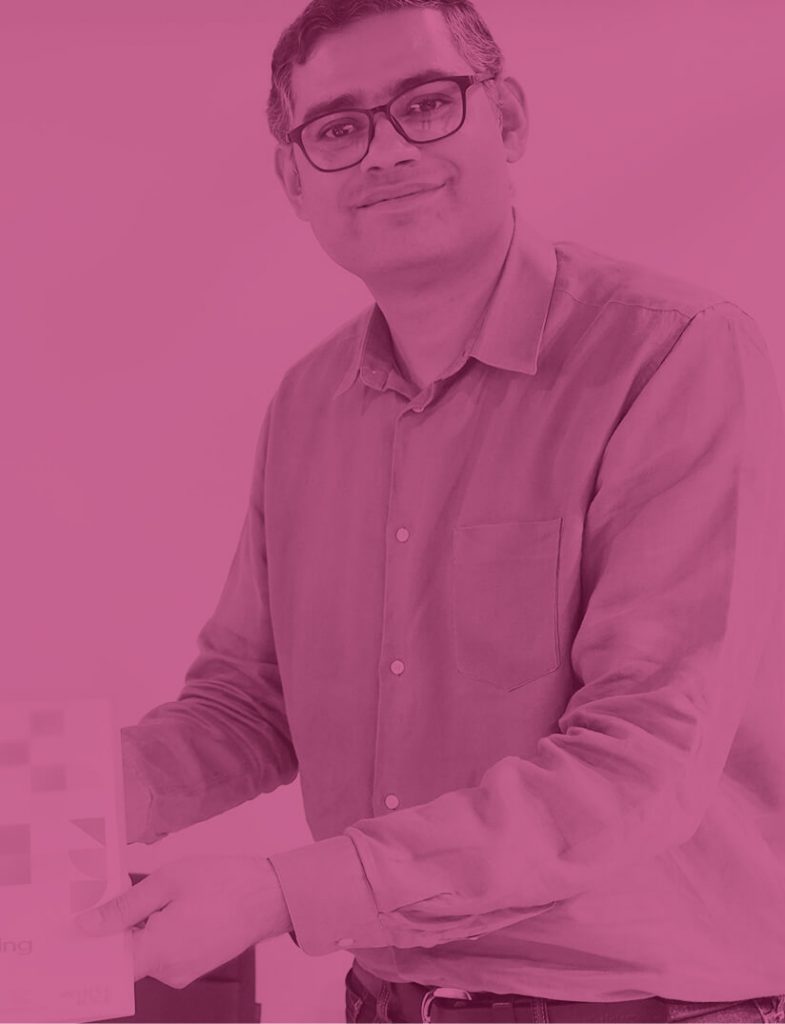 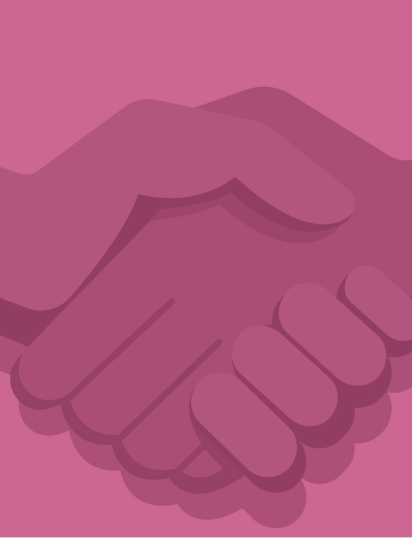