Shunned by mainstream society, transgender (hijra) and male sex workers often live and work with little safety and support. The low use of condoms and low utilization of STI treatment services by MSWs and HSWs in Pakistan is leading to an increase in STIs, and a high risk of HIV transmission.

White Rice worked with two of the largest transgender and male sex worker (HSW and MSW) communities in Pakistan to develop an on-ground campaign that addresses high HIV and STI rates within these groups. Through a co-created and human-centered design process, we successfully developed communication interventions to help these communities adopt safer practices and utilize resources for STI treatment.

Insights were built from a three-month-long immersive research process, combining ethnographic studies, observations, and group discussions to address problems in the future.

The result of intensive research, co-creation, and prototyping was a 6-episode animation series centered on characters representative of the community confronting safety and health issues within their work. The animated dramas explained the importance and rationale of safe sex practices by creating realistic situations and raised awareness around HIV, its transmission, and prevention. These educational stories shared with workers by peer educators, enhanced self-efficacy, and promoted social solidarity among sex workers.

All scripts were developed using language and phrasing that was common in transgender communities to build empathy and connection with the content. We carefully crafted insights, based on which we developed the preliminary animation drawings. At each step, feedback was taken from the target group, regarding characters, script, voice-over, and also the screenplay. The content was tailored to a level where we used the target group’s voices for roles in the film. The result was a co-designed product that was so real that the community instantly related to every aspect of the story, making our message delivery extremely useful.

The preloaded mini-dramas sparked useful conversations and peaked awareness on life-changing behavior decisions, while the content co-creation process led to instant recognition and empathy to every aspect of the story, massifying the message’s impact. The success of this project culminates in promoting healthier behaviors in communities otherwise dismissed or criminalized. 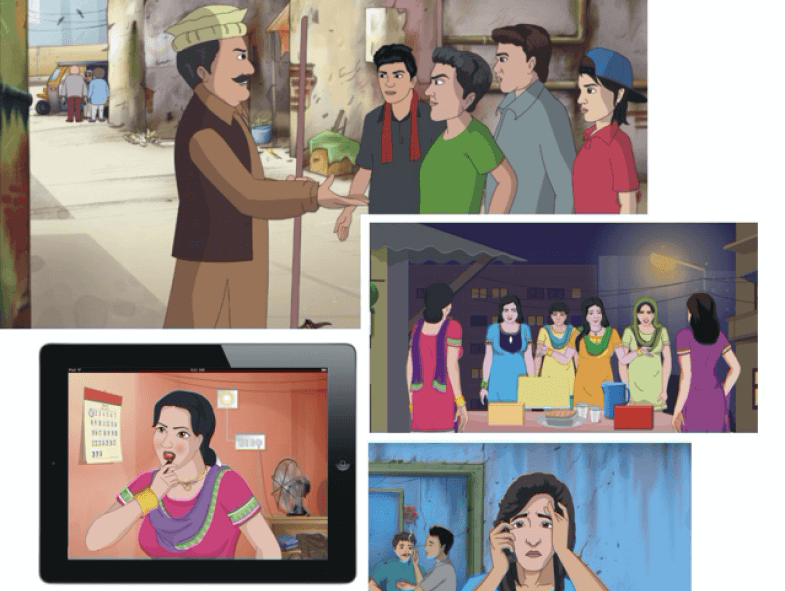 Have a project in mind? Get in touch, and let’s work together!